Rights for All, Not Some

In his response to my article, “A State of Denial: Candidates, Consequences, and the Road to Peace,”(TKO January 2012) Professor Baumann, “[goes] back into history” to define the central issue of the occupation by Israel of Palestine. This issue is inherently complex and any brief discussion requires selective presentation of information; however, the result is a misleading picture of the aims of Palestinian nationalism. By insisting that “the issue has never been the right of Arabs to be what they want and call themselves what they want. The issue has always been the right of the Jewish people to a state of their own,” he ignores any rights of the Palestinian people to live on the land they inhabited prior to 1948 and he does not acknowledge the unjust process that led to the state’s formation. Denying Palestinians and Israelis equivalent rights to the land creates an ethnic, religious and cultural hierarchy which plagues the region to this day.

According to Professor Baumann, “…the issue isn’t and never has been, about a Palestinian state or a Palestinian national identity. It is, whether the attempt…to delegitimize any Jewish presence in the land of Israel and call it all for the Arab, should and will succeed.” Though I find it reprehensible, I cannot deny that anti-Jewish sentiment exists within the conflict. I fully agree it is important, “on a subject as historically fraught as the Arab-Israeli issue, to be able to go back into history and see how the present circumstances came about.” Professor Baumann quoted Zahir Muhsein, a former representative of the PLO. Zahir Muhsein was simultaneously a National Command member of the Syrian Baa’thist party, which espouses a pan-Arab ideology. Muhsein’s argument that Palestinian cultural and political identity is a means of political expediency should be understood within this historical and socio-political context. For many Pan-Arabist groups, liberation of Palestine conveniently advanced their desire to create a Greater Syria. Muhsein, and others Professor Baumann quoted, are single voices, rather than the definitive voices, for Palestine. When actors within political movements speak, they do so as individuals and as representatives of the causes to which they have aligned themselves. Any one person cannot fairly represent this issue, which is heavily debated within Palestinian society and in the global Palestinian diaspora.

I wonder how it would be perceived were I to construct a narrative describing Israel to counter the one presented by Professor Baumann.Whose vision should I choose as my representation of what Israel should be? Theodor Hertzl? Yitzak Rabin? Golda Meir? Ehud Barack?And what if I seek to represent the consensus on how Israel should progress towards peace? Do I consult AIPAC? JStreet? The ADL? APN? Jewish Voices for Peace? Each organization cited above is pro-Israel, Jewish, and offers a different vision for Israel. Consider this 1983 excerpt from a speech by Israel’s first Prime Minister, David Ben Gurion. “Let us not ignore the truth among ourselves … politically we are the aggressors and [the Palestinians]defend themselves… The country is theirs, because they inhabit it, whereas we want to come here and settle down, and in their view we want to take away from them their country.” Is it reasonable to hold all Jewish people to this? Of course not.

And what about former Israeli Prime Minister Ariel Sharon, who, in a 1998 address to members of the Tzomet Party said, “It is the duty of Israeli leaders to explain to public opinion, clearly and courageously, a certain number of facts that are forgotten with time. The first of these is that there is no Zionism, colonialization [sic], or Jewish State without the eviction of the Arabs and the expropriation of their lands.” Of course, it is unfair to categorize all Jewish presence in Israel based on these remarks by Sharon and Ben Gurion. But while Sharon calls these facts “forgotten,” if we wish to engage in an honest discourse about this conflict, they should be presented. When they are explained, Arab opposition to the Israeli state is contextualized.

Professor Baumann’s dismissal of the relevancy of Palestinian cultural identity within the conflict conveniently aids the Zionist idea of “transference” whereby, as President Franklin D. Roosevelt put it in 1942, “I actually would put a barbed wire around Palestine, and I would begin to move the Arabs out of Palestine…. I would provide land for the Arabs in some other part of the Middle East…. Each time we move out an Arab we would bring in another Jewish family…” Though what Palestinians call the nakba, or catastrophe, of 1948 was at times much more violent than this, this is essentially what occurred. Currently, there is no solution to Palestinian displacement. It continues to occur through legal battles over residency, birth certificates, and identification cards which permit and restrict travel. It is compounded by international regulation of refugee communities, settlement construction, and other zoning regulations. Too often, Arabs are presented as a monolithic entity. In addition to the argument I made in “A State of Denial,” Palestinian cultural identity is relevant because it perpetuates the notion that ‘we can pick them up and stick them somewhere else, and it’ll be fine because they’ll be with people like them.’ Though an admittedly imperfect metaphor, if Pomona students were to occupy our campus and relocate us toBowdoin, would you feel this is just? Aren’t all liberal arts schools the same?

The historical legacy of anti-Semitism and Jewish oppression is as undeniable as it is painful. I do not deny the right of Jews to reside safely on the contested land. This does not, however, eliminate or supersede the right of other historical populations to reside there as well, nor does it excuse occupation and oppression. My opposition has always been not to a particular ethnic or religious group, but to those unjust policies and practices which fuel resentment and impede peace on both sides of the Green Line. And yet, even if I were to accept Professor Baumann’s argument that “the issue has always been the right of the Jewish people to a state of their own” I cannot help but ask, at what cost? 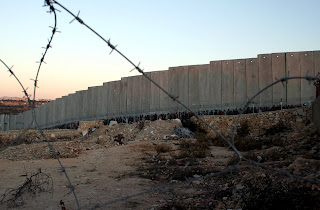 I agree that the decisions of Palestinian leaders have delayed the resolution of this conflict. I recognize that Palestinian leadership has rejected numerous proposed resolutions. Palestinian failures, however, do not excuse Israel’s failure to obey international law, respect established boundaries or provide just compromises which allow for dignity, agency and self-governance amongst all parties. Thus, I must respectfully disagree with Professor Baumann’s implication that Palestinian rejections were solely based on their refusal to acknowledge the right of Israel to exist. The causes for each particular rejection are deeply complex and particular to each offer. In general, proposed solutions have left the Palestinian territories economically and physically strangulated, and unable to defend themselves. To me, this does not create a viable state, nor does it create peace.

South African scholar and activist Farid Esack has written, “When peace comes to mean the absence of conflict on the one hand, and when conflict with an unjust and racist political order is a moral imperative on the other, then it is not difficult to understand that the better class of human beings are deeply committed to disturbing the peace and creating conflict.” Though I reject violence in any form, Dr. Esack’s observation reflects my support for the creative, non-violent protest techniques many Palestinians have been employing, including Freedom Riders,weekly marches and demonstrations, and the Boycott, Divestment, and Sanctions(BDS) movement. All express dissatisfaction with an unjust political order and disturb the peace, recognizing the humanity of their oppressor by adhering to the principles of non-violent activism. Palestinians want peace, but not an unjust one. When my grandmother was growing up in Cairo, she was frequently told, “maa feesh hadd ahsan min hadd;” (nobody is better than anybody else.) It is in this spirit that I offer hyopthetical, long-term hopes for a solution to this conflict.

In agreeing with Dr. Esack, (and my grandmother), I reject partition as a peaceful means by which the Palestinian/Israeli conflict can be resolved. An estimated 550,000 Jewish settlers currently reside in the West Bank. Non-Jewish Arabs make up approximately 20.4% of Israel’s population. A viable two-state solution is both logistically impossible, and, in my opinion,  morally and politically unsustainable. In this the month of February, Black History Month, policy makers should be remember the legacy of the Civil Rights movement here in America: separate cannot be equal. Similarly, King Solomon teaches us in 1 Kings 3:16-28 that splitting the baby is not the solution. Instead of creating further division via arbitrary lines that satisfy no one, let us choose the possibility of co-existence and prosperity. Isn’t it time to tear down the mental, emotional, religious, strategic, political, and physical walls that perpetuate this conflict, and start to build one nation dedicated to coexistence?

I recognize that in advocating a what is known as a one-state solution, I deny Israel its exclusively Jewish character. I certainly do not intend a malicious position toward the Jewish diaspora, yet the status quo is untenable. The logistical implementation of such a state is daunting, perhaps chimerical, but I cannot in good conscience justify support for any other solution. With regards to Alexander Pope, admittedly, my hopes for coexistence spring eternal, despite a historical legacy that may (or may not) suggest otherwise. Explusion of Jews from places like Iraq, Libya, Syria, Yemen, Egypt, represent an ugly part of 20th century history. Yet history also provides us with beautiful examples of coexistence and idea-sharing. And yet, has there ever been a successful nation-state that has expressed exclusive homogeneity on the basis of race, ethnicity, or religion? In the modern era, (as was so eloquently stated on literature in support of the protest movement in the Sheik Jarrah neighborhood in East Jerusalem) “Democracy cannot co-exist with ethnic privilege.” 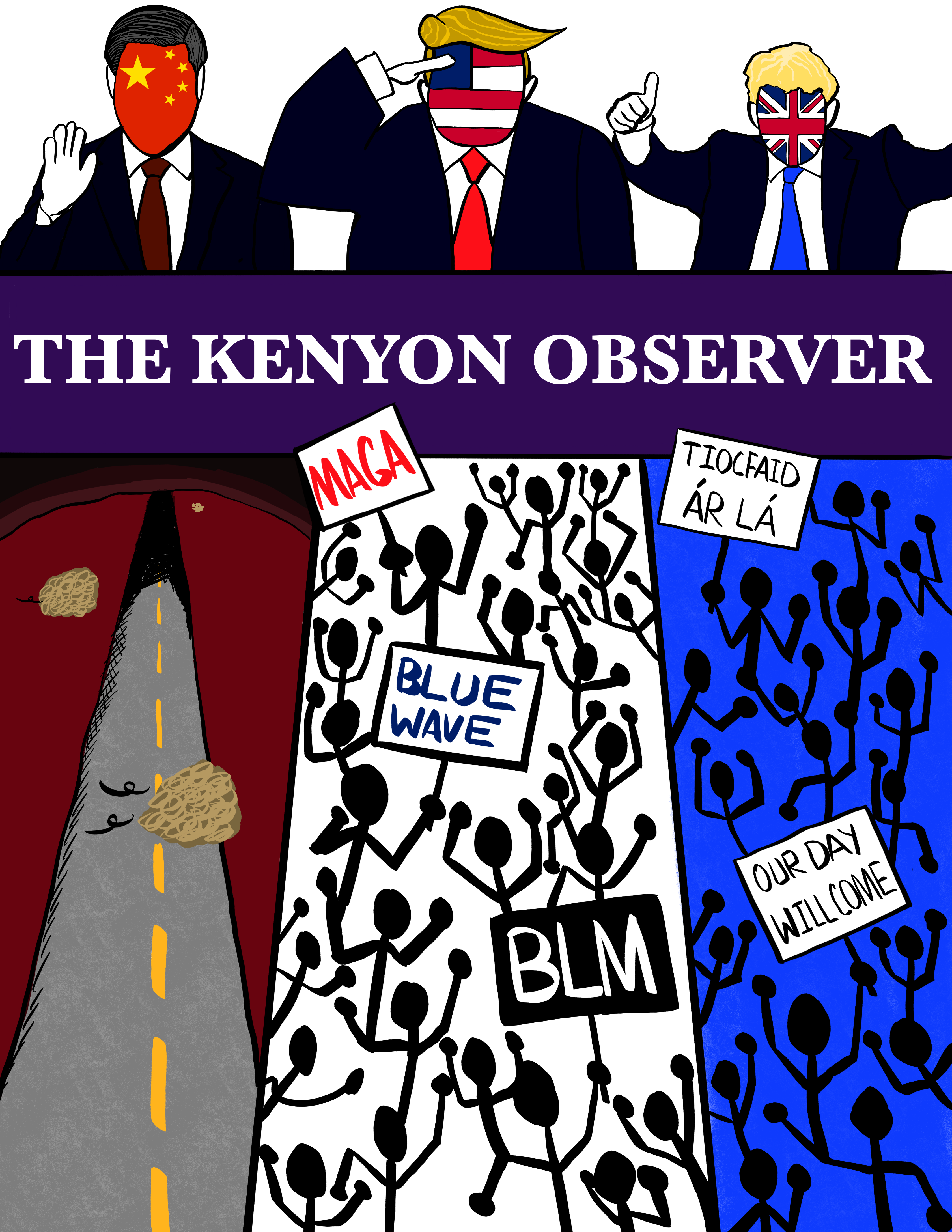 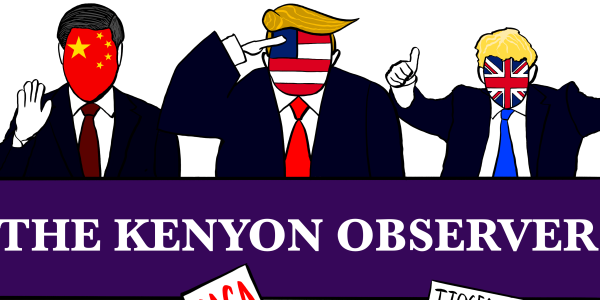